The ESPO Award 2017 will be presented to the port authority that succeeds best in the societal integration of the port with the city or wider community in which it is located, through involvement in art or culture. The five projects that are shortlisted for this year’s Award are the projects of Antwerp, Brest, Guadeloupe, Venice and Oslo.

ESPO is proud to present the shortlisted projects before the winner is announced during the official Award Ceremony at La Tentation in Brussels on 8 November 2017.

ESPO: Congratulations! You have been shortlisted for the ESPO Award 2017! Could you briefly describe your project?

“Arterminal” represents the ultimate art venue in Venice as it is located in a mixed area where port activities, university premises and private homes coexist side by side. It’s modern but inextricably tied to the past, versatile and suitable for many kinds of events and exhibitions. The name Arterminal (Terminal of Art) was specifically chosen to evoke the relevance of the harbour for the city of Venice, strengthening its international relevance and facilitating the exchange and encounter between different cultures and different forms of art.

The port terminal chosen for this project was Warehouse 1, a very big warehouse located at the Venetian waterfront, right next to the university. With this renovation, the port authority followed a path chosen many years before, aiming at fostering a deeper dialogue with the local community, especially in the port areas located in the city centre.

ESPO: How does your project contribute to the societal integration of the port?

The Arterminal and other art and culture facilities at the port waterfront which are dedicated to citizens and visitors have triggered a revitalisation of the area, which is still dedicated to minor port activities, such as hydrofoils, small cruise ships and yachts. In this way, in this area where different realities meet each other, the port proves that art, culture, the city and the harbour can coexist symbiotically. 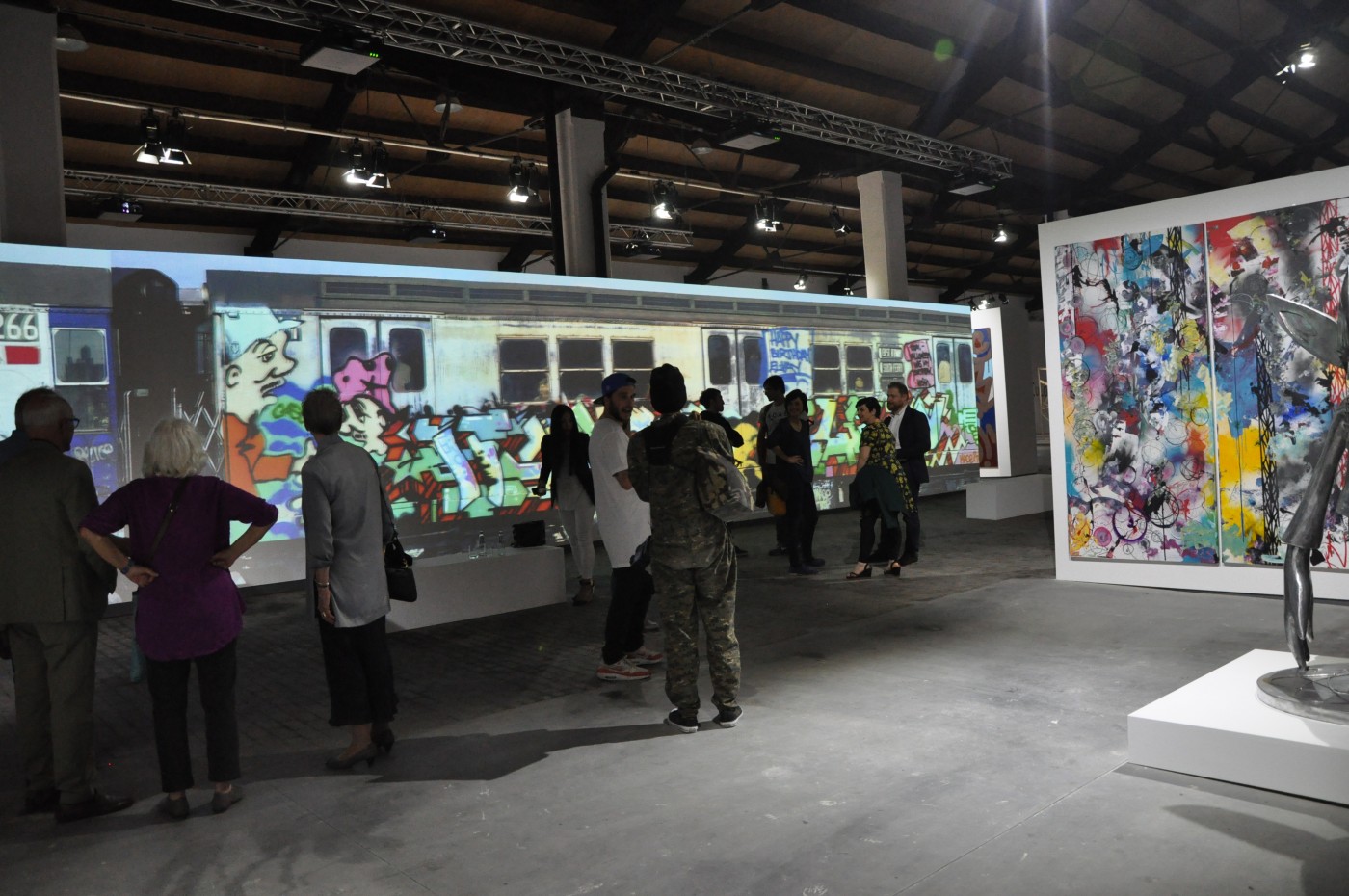 ESPO: Could you describe the original and innovative character of your project?

We asked ourselves: “What is the city of Venice missing, that the port can offer?”. Venice hosts many cultural initiatives, but there are no structures suitable for hosting art forms that need large spaces, such as street art, due to the innate architectural constraints of the city itself.

The port authority, in response to the requests of young artists and cultural associations, decided in 2015 to respond to this need, transforming a port terminal into an art terminal. The renovation works started in March 2015 and were completed in the beginning of May 2015. The finished Arterminal was launched during the 56th International Art Exhibition in Venice. For the launch of the venue, the port authority chose the graffiti exhibition “The Bridges of Graffiti”.

The Arterminal will forever remain an art facility at the beautiful waterfront of Venice, which the port authority started renovating in 2000 already.

ESPO: Why do you think your project deserves to win the ESPO Award 2017?

The Arterminal project puts together many relevant aspects of our beautiful city.

First of all, ART, which has been part of Venice since the most remote past, and which characterises the city in every corner, house, palace and square. The Arterminal is a place for art.

Then WATER, an innate element that surrounds the city and frames its beauty. The Arterminal faces the Giudecca Canal, the biggest canal in Venice.

MARITIME TRADE AND SHIPPING are the foundations of the city of Venice, born and developed thanks to merchants and cargo vessels. The Arterminal is based in a former warehouse in the old Venetian harbour.

The combination of these elements makes the project complete and puts it at the forefront of the dialogue with citizens, starting from the discovery of their origins.

ESPO: How would you make your experience in developing the project available to others?

We strongly believe in the importance of dialogue and knowledge exchange. That is why we’ve made the entire project public on the occasion of its launch, through the “Bridges of Graffiti” exhibition, by publishing a complete catalog with information, photos and references. The catalog explains why and how we have recovered the warehouse and transformed it into a space for art to be enjoyed by the city, making it available for the organisation of exhibitions and events.

Our suggestion is to listen to the demands expressed by the citizens, even if they seem far from the core business of the port. Because in this way a public authority, such as the North Adriatic Sea Port Authority, proves that "it really cares about the city and its life".

“The opening of the Venetian waterfront to art and culture through Arterminal can give voice to all the different expressive realities that we can reach out and experience through travel and trade by sea.”