In this Port pro of the month, we are interviewing Mr José Luis Ramos Rodríguez, chairman of Huelva Port Authority (Spain). We asked him about his views on the current state of play in his port, his vision for the future and his opinion on some challenges which ports are facing today.

This year, you were appointed as Chairman of Huelva Port Authority. Which direction do you want to go with the port? What is your vision for the port for the next decade?

In this new phase, my goals are to develop the process of transformation to competitiveness and intermodality in which the Port of Huelva is immersed at this time, directing our view to the exterior. The Port of Huelva should aspire to be part of the big logistics hubs to encourage the international market. We continue with the transformation of the port facilities to provide the infrastructure, facilities and services with an added value, through projects such as the Area of Logistic Activities and the improvement of connectivity. These elements should be the essential pillar to establish connections and to put efforts together to take part in the European Transport Network, as one of its principal hubs, giving the best service to the local businessmen and showing the advantages of the infrastructure and the added value that will allow us to improve the competitiveness of the companies.

The Port of Huelva is a core port of the Trans-European Transport Network (TEN-T). In 2015, the Port of Huelva succeeded in obtaining funding from the Connecting Europe Facility (CEF) for a project called “Intermodal Platform”. Can you briefly explain this project to us? Can you explain why a financing mechanism such as the Connecting Europe Facility is important for your port?

The project “Plataforma Intermodal del Puerto de Huelva”, co-funded by the European Program CEF (Connecting Europe Facility), creates groups of new infrastructures and technologies which aim to optimise the multimodal transit of the Port of Huelva, connecting in a synchronised and effective way with the green corridor of Majarabique-Port of Huelva and ensuring the synchronised connections with the maritime routes of the Atlantic and Mediterranean. This new infrastructure responds to the strategic lines established in the Strategic Plan 2012-2017 which includes the vision of the Port Authority of Huelva towards 2022 and has as a global goal the contribution and transformation of the Port of Huelva into the reference port in the European South Atlantic.

Oil and gas traffic plays an important role in the Port of Huelva. Fossil fuels such as oil are more and more discouraged due to decarbonisation policies. In view of this, are you developing a strategy in order to respond to these developments, for instance by diversifying more the activities in your port?

In the past years, the Port of Huelva has been making big efforts to diversify and open new markets, especially with the opening of new lines of containers, which responds to the strategy of diversification suggested in the port’s Strategic Plan. It was decided to focus on the traffic of general containerised cargo, which has experienced a spectacular growth, setting off about 11.000 TEUS in 2016, with an expected growth in 2017 of about 55.000 TEUS.

In addition to this strategy of diversification towards the general containerised cargo, the port continues to work constantly on the development of the port business and its traditional traffics that generate its big strength and key factors to understand the potential that this port has (Energetic Liquids, LNG, Minerals and Materials, Bulk Processed Food, solids and oils,...).

Having efficient customs in the port is important to ensure smooth cargo movements. Is the Port of Huelva taking any initiatives with the customs to avoid bottlenecks and cut red tape?

The South Dock of the Port of Huelva has a Puesto de Inspección Fronteriza (Inspection Border Post), which is equipped to accelerate veterinary and phytosanitary inspections for the products of animal or vegetal origins, destined for human and animal consumption, to get into the European Union through the Port of Huelva. This Inspection Border Post has an additional building with more than 1.100 square metres equipped with docks, freezing and refrigeration chambers and a warehouse. It also has 200 square metres of reception area, an office and a control room. In addition, it has a second administrative unit with a health office, archives, a warehouse of 157 square metres and a parking area of 9.700 square metres.

In 2014 and 2016, the Port of Huelva participated in the ESPO Award on Societal Integration. As ports are often public entities and located near or within cities, it is important for a port to have a good relationship with the local community. Has the Port of Huelva developed a policy to integrate the port more within the city of Huelva? Has the port recently developed any projects in this respect?

The Port of Huelva began its integration policy with the city and the environmental recovery in 2006. After 8 years, a section of 5 km has been used on the left side of the Odiel estuary to build El Paseo de la Ría, and on the right side, the environmental values of the area of the marshes have been recuperated, which represented a high grade of environmental deterioration. After the success of this intervention, the  Port of Huelva has started new projects of integration that are allowing to recover areas of the old Dock of Levante and areas around it and transform them into restored areas destined to the use of the Port-City. On the one hand, these new projects include the plan for old facilities and buildings to be equipped for commercial, sports and leisure use. On the other hand, the plans include the creation of a new logistic area for the fishing sector that foresees commercial spaces that will boost the access to the residents for the tasting of the local fish and seafood.

The Port Authority of Huelva declares its environmental policy, its compromise to develop its activity with an absolute and total respect for the environment, with the guarantee and the protection of the marine and ground ecosystems in the frame of a social corporative responsibility. Our environmental policy has nine principles that are resumed as follows:

During the last years, ESPO has been putting a lot of efforts in digitalising data on port performance within the PORTOPIA project (an FP7 project that aims to measure port performance). How is the Port of Huelva measuring its performance?

The Port Authority of Huelva creates an Annual Report Summary of Sustainability that measures and evaluates the environmental performance through a system of indicators related to all environmental aspects linked to the port activity.

I have been mayor of Jabugo (Huelva) for 18 years. Being now Chairman of Huelva Port Authority is for me a great challenge that I assume with great enthusiasm but also with ambition. I am convinced that ports are a great dynamic element of society, as an economic and social agent and generator of wealth. 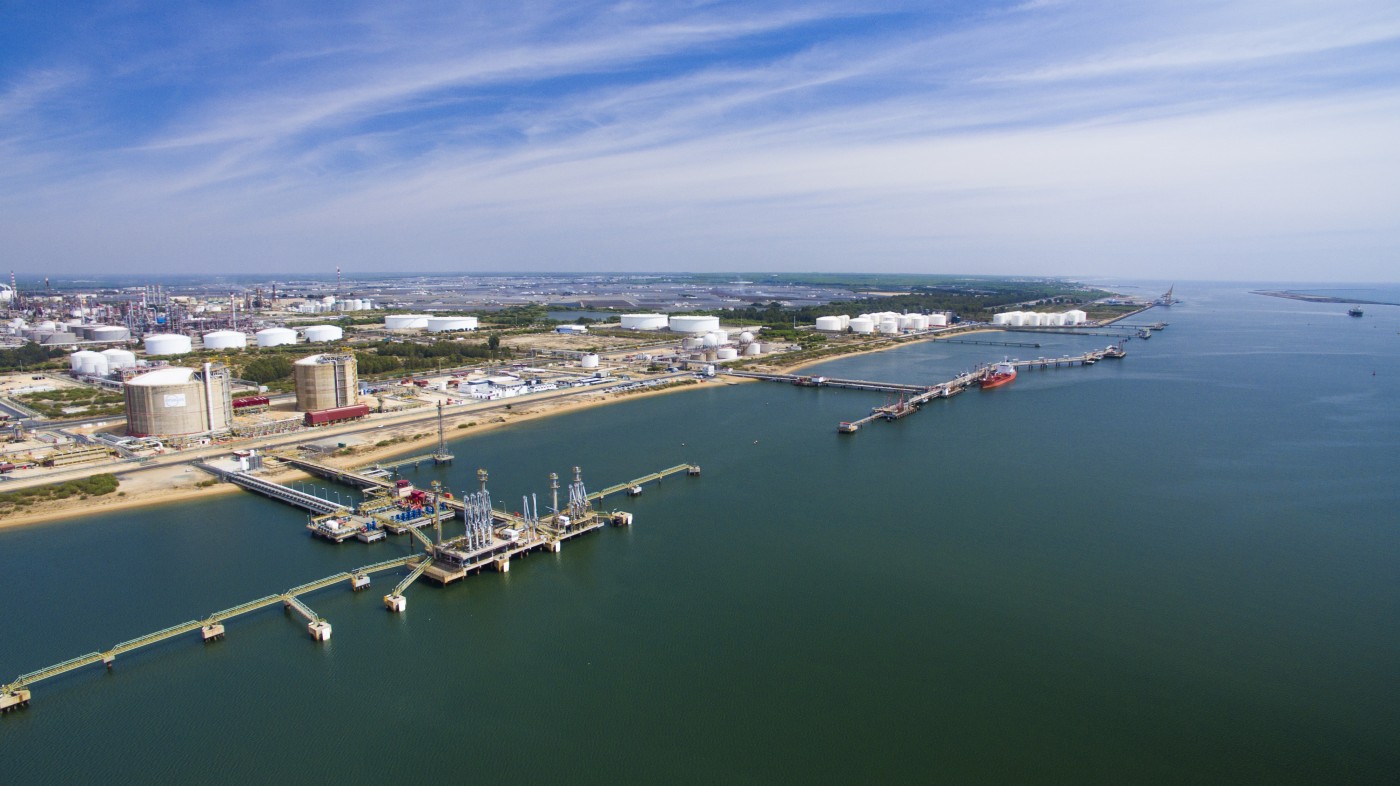