This month, ESPO takes you to Bulgaria for a chat with Ms. Anna Mihneva-Natova, Director General of the Bulgarian Ports Infrastructure Company. She tells us more about the main challenges for the Bulgarian port sector, the impact of the Russia-Ukraine war on the sector, and many other topics on the Bulgarian ports’ agenda such as hydrogen, Fit for 55 and digitalisation.

Bulgarian Ports Infrastructure Company (BPI Co.) is a statutory corporation and the landlord of all Bulgarian sea and inland ports. Despite the company’s name, we act as National Ports Authority or Ports Management body and our field of expertise is not just managing the port infrastructure. In addition to our regular activities such as design, construction, maintenance and rehabilitation of the port infrastructure, wave protection and shore-strengthening facilities, etc., we also provide vessel traffic management and shipping information services. We built the Bulgarian part of the river information system along the Danube BULRIS, as well as the coastal centres for vessel traffic management and information – in Burgas and Varna. In recent years, we have successfully deployed and used some of the most advanced ship navigation systems. We have put in service systems for electronic document processing on arrival and departure of ships in and from the Bulgarian sea and river ports – a Single Window. We also work actively on various projects for the development of waterborne transport.

Ports around the world are a reflection of the economy of a state, while at the same time being a driver of the economy. That is why I think that the biggest challenge for us is to be able to build the Bulgarian ports in such a way that they become a powerful engine of the economy. In order to achieve that, we have to ensure access for big ships to most port terminals and develop port connections with the hinterland as the existence and the development of the port connections is a necessary condition for economic growth. Currently BPI Co. is performing a capital dredging of the canals of the port of Varna in order to increase the depth of access to up to 14,5 meters. 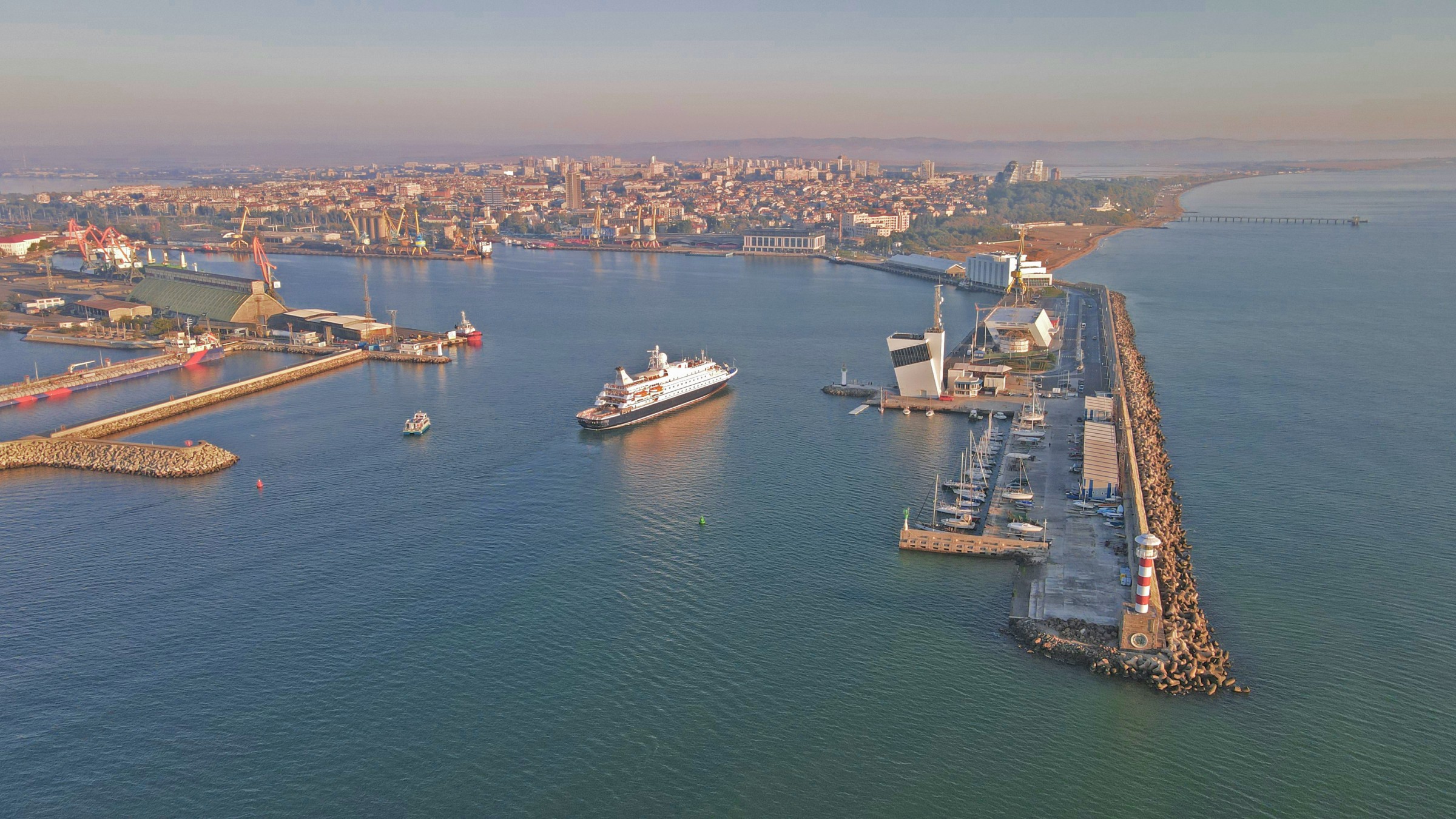 Currently, the Black Sea region is under pressure as a result of geopolitical tensions between the West, Ukraine and Russia. Does this have an impact on the Bulgarian port sector?

The geopolitical processes in the Black Sea basin have a direct impact on the activities of Bulgarian ports because they are the geographical connection between the East and the West. Perhaps the most noticeable economic dimensions of the impact of geopolitics in the region have unraveled in the past few years, mostly through a decrease in the number of passing cruise trips. Nowadays the impact of the geopolitical situation is expected to worsen. We predict a decline in freight turnover of 4-5%. In the event of a ban on energy imports from the Russian Federation, the decline will be significantly greater.

The COVID-19 pandemic exacerbated the importance of the efficiency of ports. Mainly, when ports operations are halted or delayed, the resulting effects can be felt across the entire supply chain. As a result of the COVID-19 crisis, the cargo turnover of the Bulgarian ports has decreased by approximately 10% for 2020 and 2021. At the moment there is no tendency for improvement. 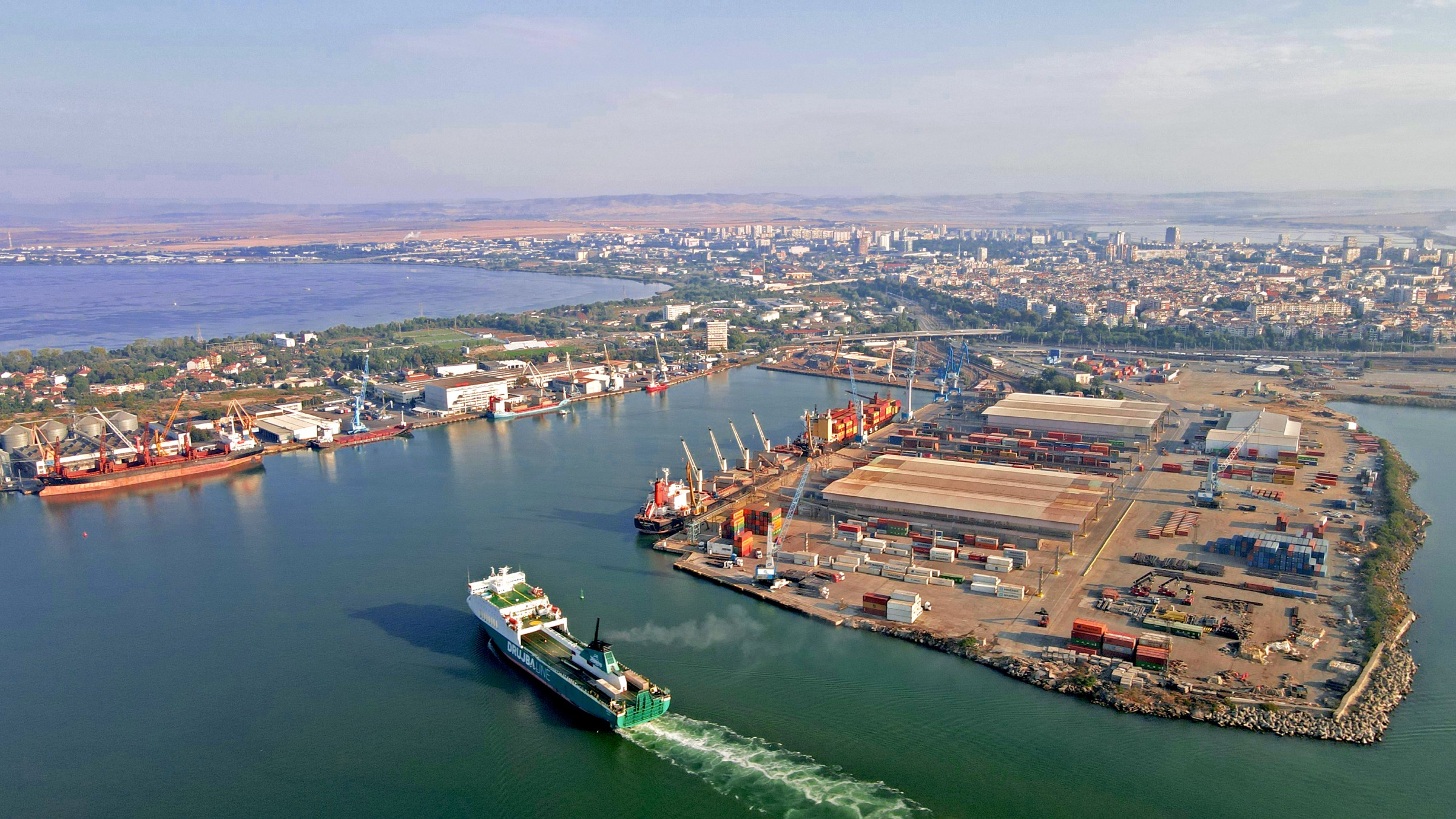 The Port of Burgas is a core port of the Trans-European Transport Network (TEN-T) located on the Orient/East-Med Corridor. The Port of Varna is a comprehensive port of the TEN-T Network. How has being part of the TEN-T Network been of benefit to Bulgarian ports? Have Bulgarian ports been awarded any projects? The current TEN-T guidelines (2013) are under review. The new proposal is increasing the importance of the maritime pillar. How important is this?

BPI Co. welcomes the Commission's proposal setting out new guidelines for the Trans-European Transport Network (TEN-T). The proposal identifies seaports as entry and exit points for the land infrastructure of the Trans-European Transport Network and, for the first time, explicitly recognizes their role as cross-border multimodal hubs serving not only as transport hubs but also as portals for trade, industrial clusters and energy centers.

The proposal adds some important missing links and nodes to the network, in particular the inclusion of all seaports in the European Maritime Space dimension.

Throughout the TEN-T Network, the infrastructure for alternative fuels must also be deployed in seaports, in full compliance with the requirements of the new regulation on the deployment of alternative fuel infrastructure, which is currently being discussed in the European Parliament and the Council. Seaports must also be equipped with the infrastructure needed to improve the environmental performance of ships in ports, in particular facilities for the reception of ship-generated waste and cargo residues, with VTMIS (Vessel Traffic Management Information System) and SafeSeaNet.

BPI Co. also welcomes the new focus on the sustainability of the European seaport network. Not only is climate resilience crucial for making port infrastructure reliable for the future, but also cybersecurity and inland connections are a key priority for port development. As a critical infrastructure, we note the various proposals to strengthen the tools for assessing any security or public order risks.

Revising the TEN-T Regulation offers a realistic opportunity to make our Trans-European Transport Network fit for the future and help the EU meet its European Green Deal objectives.

BPI Co. has implemented and is in the process of implementing many other projects for the development of Bulgarian TEN-T ports. 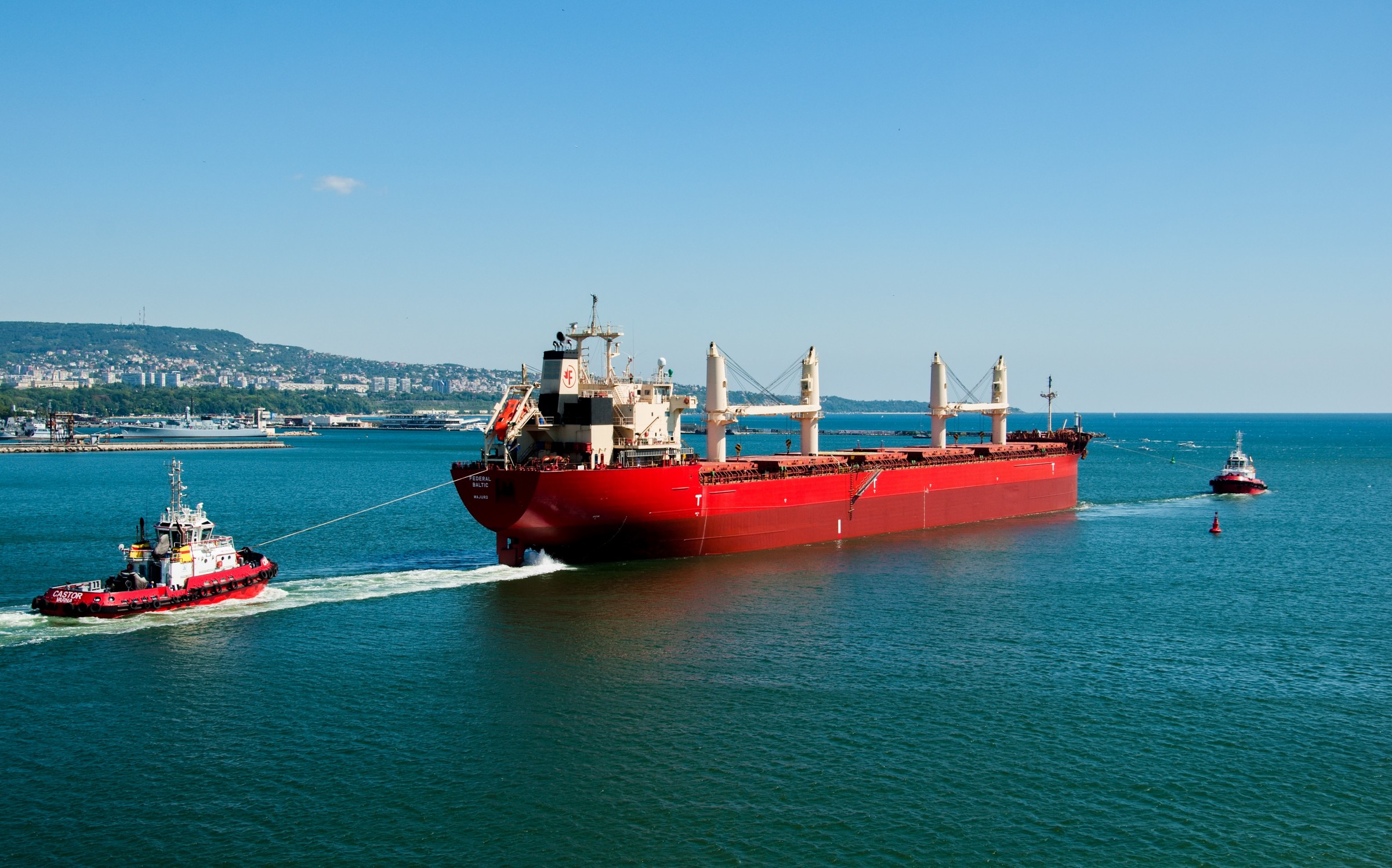 What do you think the impact of the maritime pillar of the Fit for 55-package (which introduces maritime emission trading, requirements to install and use alternative fuels infrastructure) will be on Bulgarian ports, especially in terms of competitiveness and investments in the port area?

BPI Co. welcomes the ambitions of the “Fit for 55”-package proposals as it is an essential step in achieving the European Green Deal and realising carbon-neutral logistics and transport.

The package includes a wide range of proposals essential to ports, including the new Alternative Fuels Infrastructure Regulation (AFIR), the revision of the Energy Taxation Directive (ETD), a proposal to increase the use of alternative fuels by shipping (FuelEU Maritime), the extension of the Emissions Trading System to shipping (EU ETS) as well as amendments to the Renewable Energy Directive (REDIII).

One of the projects aimed at improving the deployment of alternative fuels infrastructure in the Bulgarian maritime ports, which BPI Co. is currently implementing as a partner, is the project EALING – European flagship action for cold ironing in ports. The EALING project offers a comprehensive approach to creating a framework for building infrastructure to provide onshore power supply to ships in seaports. Within the framework of the project, studies will be conducted, which are necessary for the respective ports (Varna and Burgas) for preparation and construction of infrastructure for coastal power supply of different types of ships. The project proposal includes the conduct of studies related to port equipment, infrastructure, performance and safety in order to accelerate the development and implementation of port electrification.

Quite a few European ports are preparing for the arrival of the hydrogen economy in Europe. Is hydrogen relevant for the Bulgarian ports? Are there any hydrogen projects carried out in Bulgarian ports?

European ports are increasingly investing in digital solutions to improve the efficiency of the logistics chain and port operations. Has the Bulgarian Ports Infrastructure Company taken any initiatives towards digitalisation?

Dynamics in the sphere of digitalisation and automation requires port authorities to think out of the box. The implementation and integration of port information systems, modernisation and expansion of the functionality of traffic management systems combined with the implementation of electronic documents have always been of the highest priority to BPI Co. Since 2009, we have developed and implemented VTMIS (vessel traffic management information system) and MSW (maritime single window), achieving a reduction of the time of ship calls, a reduction of the administrative burden on the shipping industry, and improved efficiency of the transport in general. We are currently in the process of developing an integrated Port Community System for the sea ports in Bulgaria, which will add to the efficiency of the logistics in maritime transport. The results we have achieved so far are noticeable and prove that we carry the potential to expand our sphere of conduct and to increase our responsibilities according to the best global practices – to be commensurate with those of the port authorities in the world. 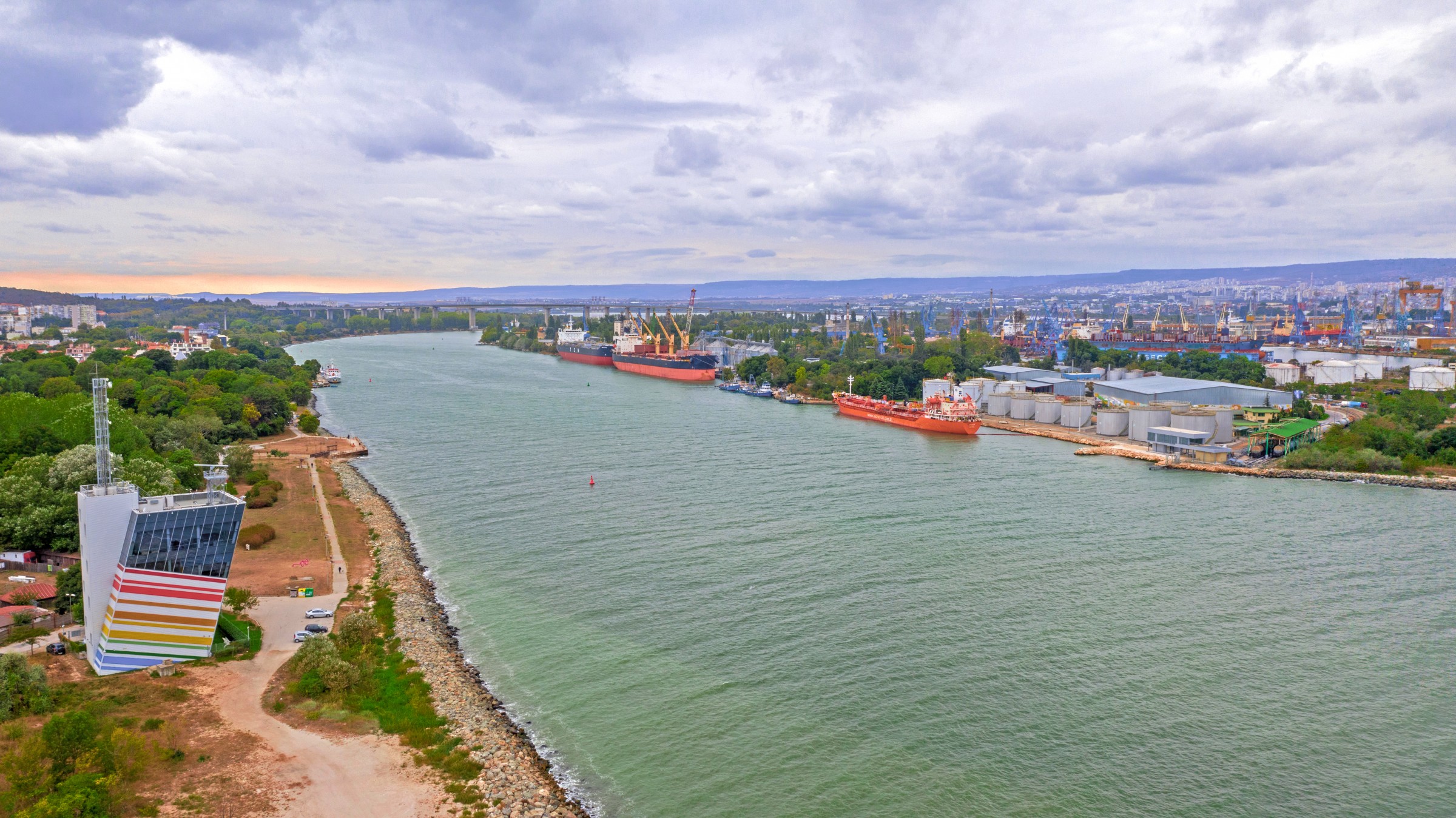 What are the main focal points of the Bulgarian Ports Infrastructure Company’s environmental policy?

BPI Co. has always had a very responsible attitude towards the environment. Each project we conduct strives to achieve the highest levels of environmental standards. We have implemented and maintained a monitoring and information system for the Black Sea that keeps track of the pollution levels of marine waters and atmospheric air, as well as their change during operational activities in the territories of our Black Sea ports. We are providing also adequate port reception facilities for waste according to Annexes I, II, IV, V and IV of MARPOL 73/78 and introduce 100% indirect fee for delivery of waste.

BPI Co. is conducting research for the provision of mobile onshore ballast water reception facilities. This will contribute to full compliance with the requirements of the International Convention for the Control and Management of Ships' Ballast Water and Sediments. On the other hand, it could increase the competitiveness of ports by providing relief to shipowners who are experiencing difficulties investing in ship’s ballast treatment systems or have issues with those already installed.

Another focal point of our environmental policy is the provision of an OPS facility at the container terminals. We are considering this as a medium-term solution to reduce emissions from ships in ports, while exploring the possibilities for European funding for green energy projects for ports, including hydrogen, and encouraging ships operating in ports to switch to electric or hydrogen engines.

I got my master's degree in 1995 from Sofia University St. Kliment Ohridski, Law Faculty.

In 2005 I did research at the University of Virginia, Center For Oceans Law and Policy on the following topic “The relationship between United Nations Convention on the Law of the Sea and IMO Conventions” as a Fellow of the United Nations – Nippon Foundation of Japan Fellowship programme.

I have extensive experience as a legal advisor at the Ministry of Foreign Affairs and I have been actively involved in the procurement of EU projects since 2009 – the year in which I joined the Maritime Administration of Bulgaria. I became part of the team of BPI Co. in 2015 as Project Management Director and as of 1 February 2022, I was appointed Director General of the public enterprise.