Port pro of the month: Gísli Gíslason (IS)

This month, we are interviewing Mr. Gísli Gíslason, Director of the Associated Icelandic Ports (Faxaports). In what follows, he will tell us more about his personal career in the port business, the importance of being an observer member of ESPO, the impact of COVID-19 on the Associated Icelandic Ports, the future relevance of Arctic shipping routes and many other interesting topics! 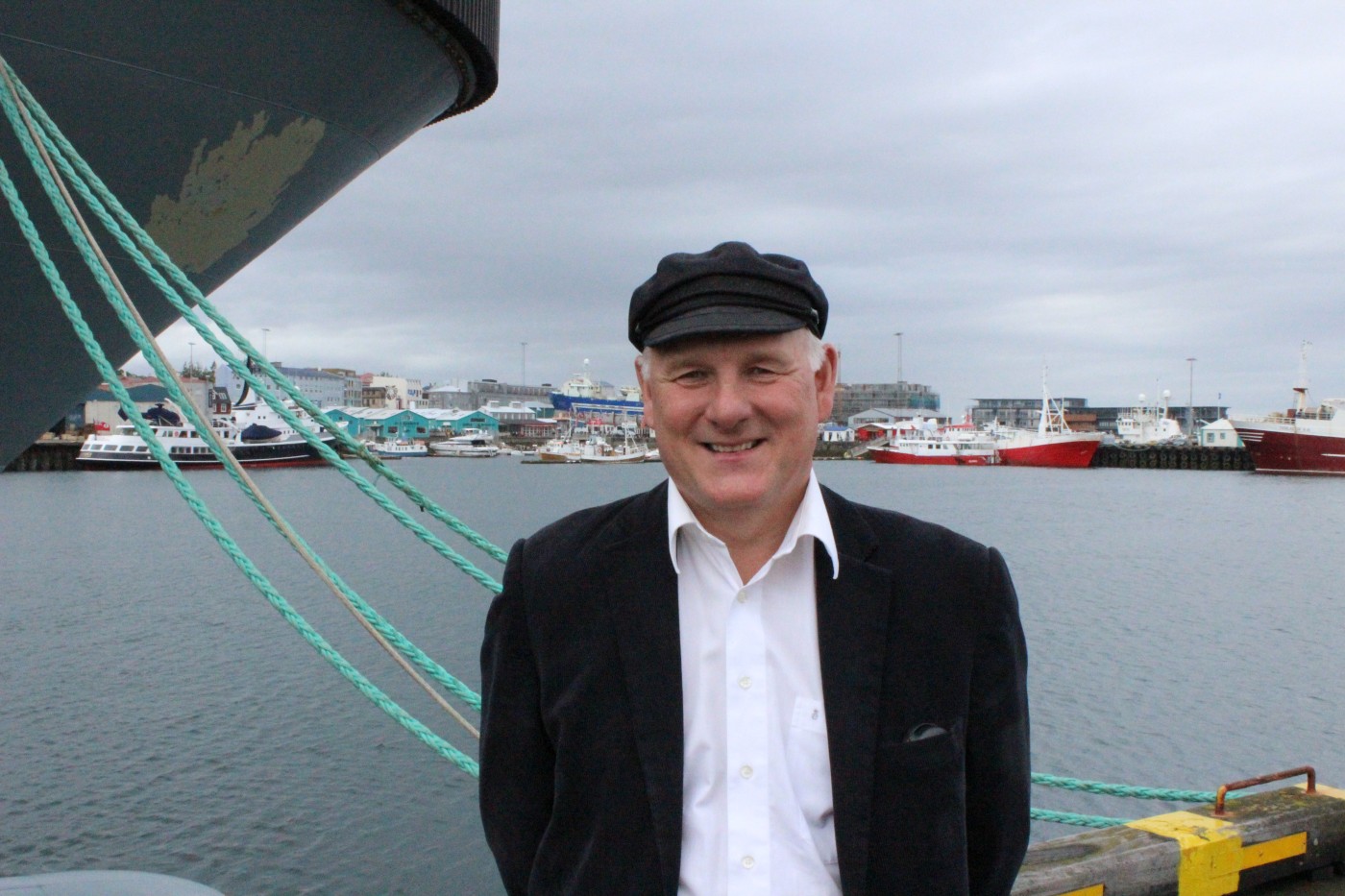 Can you briefly tell us about the Associated Icelandic Ports? What are its main characteristics and challenges?

On 1 January 2005, a new company built on robust harbours, Associated Icelandic Ports [AIP] or Faxaports, began its operations. The company runs the harbours and ports of Reykjavík (founded in 1856 – harbour built in 1913), Grundartangi (indurstrial harbour for ferrosilicon and aluminium built in 1978), Akranes (fishing harbour - 1930) and Borgarnes (1930). The company is a partnership jointly owned by five municipalities.

Faxaports is the largest port company in Iceland and the main gateway for import to Iceland and export from the country. We handle around 3,7 million tons; 100.000 tons of fish, 330.000 TEU and 190.000 cruise passengers. The harbour owns around 1000 ha. of land. The main operations in the ports are related to cargo transport, but fish and cruise ships are also vital, as tourist related activities in the harbours have been growing fast in recent years. 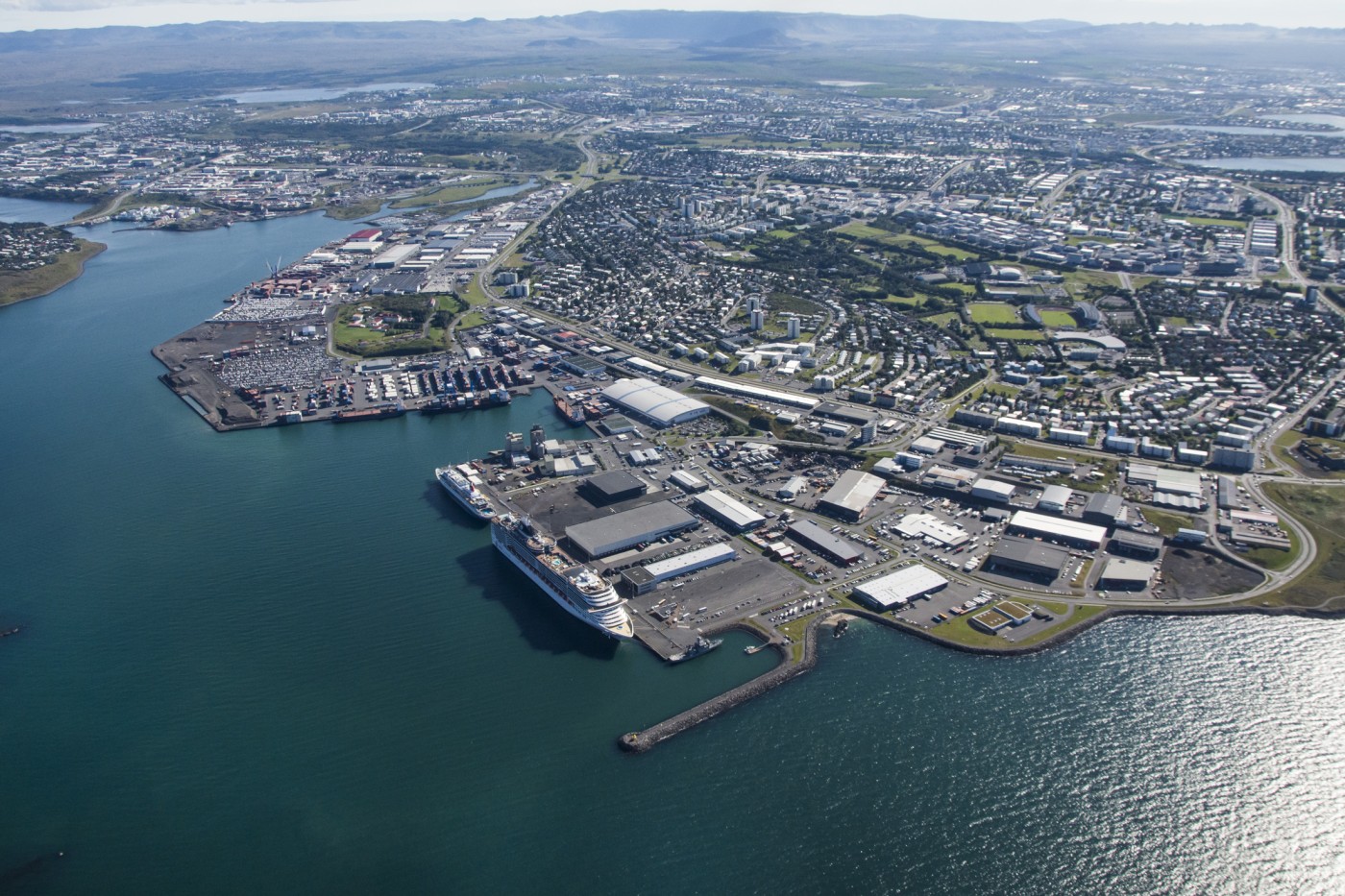 After working for a few years as a lawyer, I became the mayor of the municipality of Akranes in 1987, and held office until 2005. The mayor is also the port director of the harbour, so I have been working in the port business for 33 years – and have been on the board of the Harbours Association for 26 years and as Chairman for the last 16 years.

One of my projects as a mayor was to participate in a tunnel project – the first subsea tunnel in Iceland where a private company built, owned and payed the construction cost with toll. The tunnel opened in 1998 and was transferred to the state in 2018 when the construction cost was payed. The tunnel connected the north and south coast of Hvalfjörður (Whalefjord) and shortened the distance between Akranes and the capital area by 60 km. That changed a lot for the inhabitants, companies and municipalities. Later, the municipalities of Reykjavík and Akranes decided to merge the utility companies (electricity, water and sewage) as well as the harbours in the area. In 2005, I moved full time to the harbour business.

You are retiring this year. What do you consider your main highlight in your career in the port sector? What is the added value in your opinion of being part of an organisation like ESPO?

In my career I have been lucky to have had many highlights. Seeing projects become a vital part of the community is rewarding. A tunnel, quays and the development of bleak areas into areas buzzing with life is a good and rewarding feeling. My motto has been to take one step at the time and ensure that the coming generations accept our decisions.

Faxaports have been part of ESPO for a long time. I feel that ESPO has been true to its core purpose for the benefit of all ports – large and smaller ones. Not all issues are relevant for us in Iceland, but it has been very important to be able to follow and transmit to other ports the issues that are relevant and it is always interesting to have an insight into other topics. In my opinion, ESPO has been a good and friendly contact and an added value for us at Faxaports.

The cruise business is a core activity of the port of Reykjavik. The cruise sector has been severely impacted by the COVID-19 crisis. What have been the challenges so far? What needs to be done for the sector to recover?

The cruise business has been growing fast in Reykjavík and other ports in Iceland. Cruise is generating around 15% of our income and in many other ports this percentage is much higher.

The cruise season is from May until October so now we are waiting for the picture to get clearer but the outlook is not especially good – as it is for the whole tourist industry in Iceland, which has in recent years become a large part of the country’s economy. It is obvious that a major marketing campaign is needed when safe and secure voyages can be guaranteed. When all ships were sailing we could hear criticism from groups in many ports. Now is the opportunity to underline the importance of cruise, as ports are installing shore side connections. Cruise companies and ports must be more visible in their approach to promote cruise and emphasise positive environmental measures in the future. Environmental issues and customer safety and security will be more important than ever.

Iceland has always been a country of economic fluctuations. In 2008, we experienced an economic disaster and in 2010 a volcanic eruption affected the whole of Europe as flights had to be cancelled. In late 2019 we saw a downturn in cargo – and COVID-19 has magnified that. At the moment we are looking at a 25% fall in income for this year and probably a slow recovery in 2021. But, as in 2008, we seem to find ways to recover – perhaps because we do not dwell on past problems but focus on finding solutions for the future. So we are fairly confident that things will improve. At Faxaports, we started working according to a contingency plan, when in late January it became clear that the virus would affect us. The Icelandic authorities follow a good plan that is accepted by the vast majority of people. Our goal has been to secure port services – and that has been done by my people par excellence. 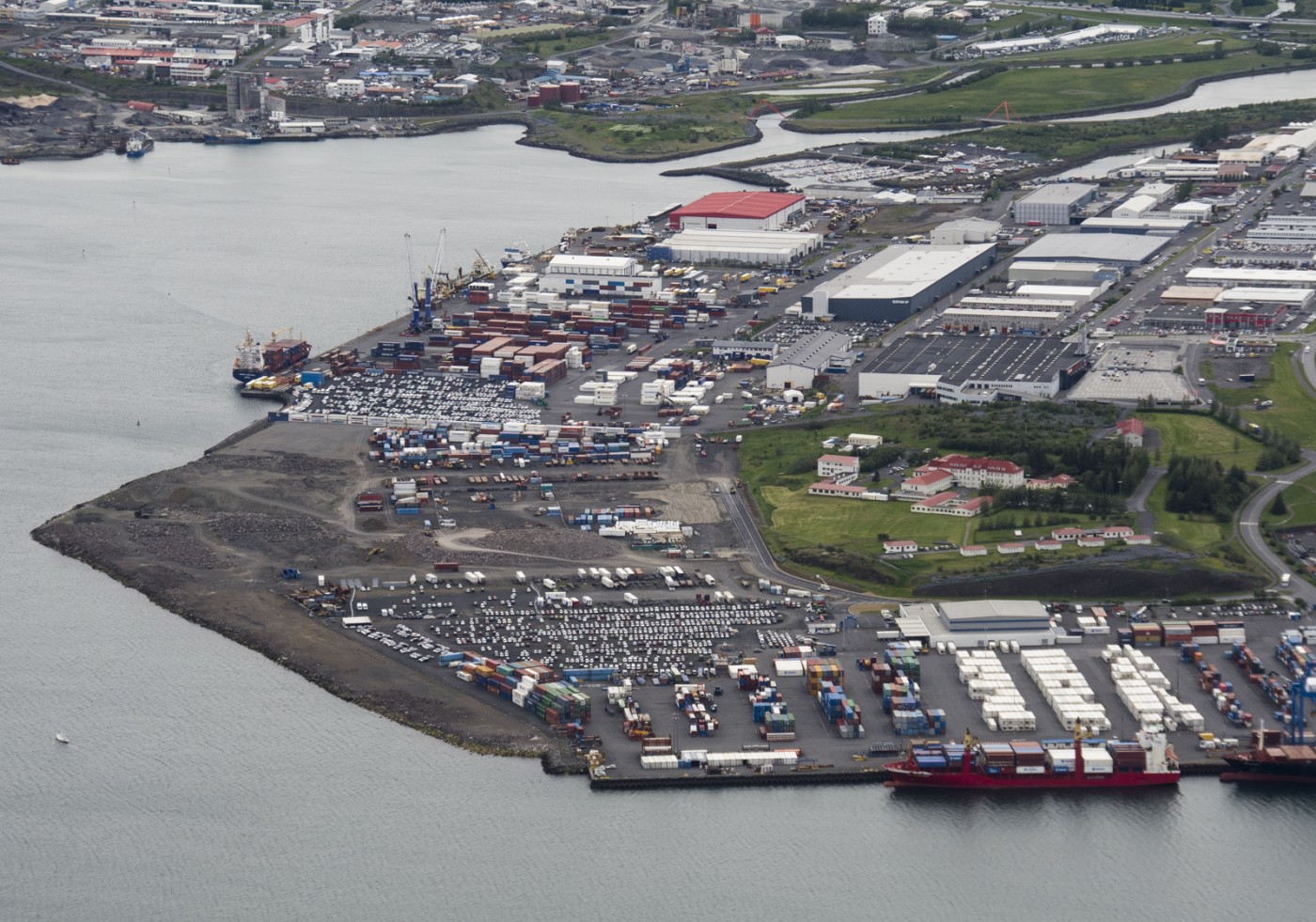 The fishing industry plays an important role in the Associated Icelandic Ports. How is this business evolving? What are its main challenges? Does this industry suffer from the COVID-19 crisis?

Fishing is important in Iceland. The industry has an amazing capability to adapt to different circumstances. COVID-19 closed the fresh fish market but the answer to that was to go back to more volumes of frozen fish. Prices are going down at the moment so the industry is affected, but hopefully for a short time. However, as our currency is the Icelandic krona, that fluctuates and a decreased value helps the industry. But the drawback of a weak currency is higher prices on goods and a risk of increased inflation. In the last few decades we have experienced various situations – and survived.

As the amount of Arctic ice is declining, Arctic shipping routes will become more accessible and thus more appealing. Given Iceland’s location near the Arctic Ocean, will this have an impact on the Associated Icelandic Ports?

Global warming is and will remain a major topic in years to come. One scenario is more accessible shipping routes through the Arctic. That is of interest for Iceland in terms of service for ships, transit cargo and the use of green energy in Iceland for production. But we have also emphasised the importance of a ban on heavy fuel, at least in the northern hemisphere, and shore connections to minimise the impact of increased traffic. Financially, this development could be positive for us, but it has to be done respecting the environment. 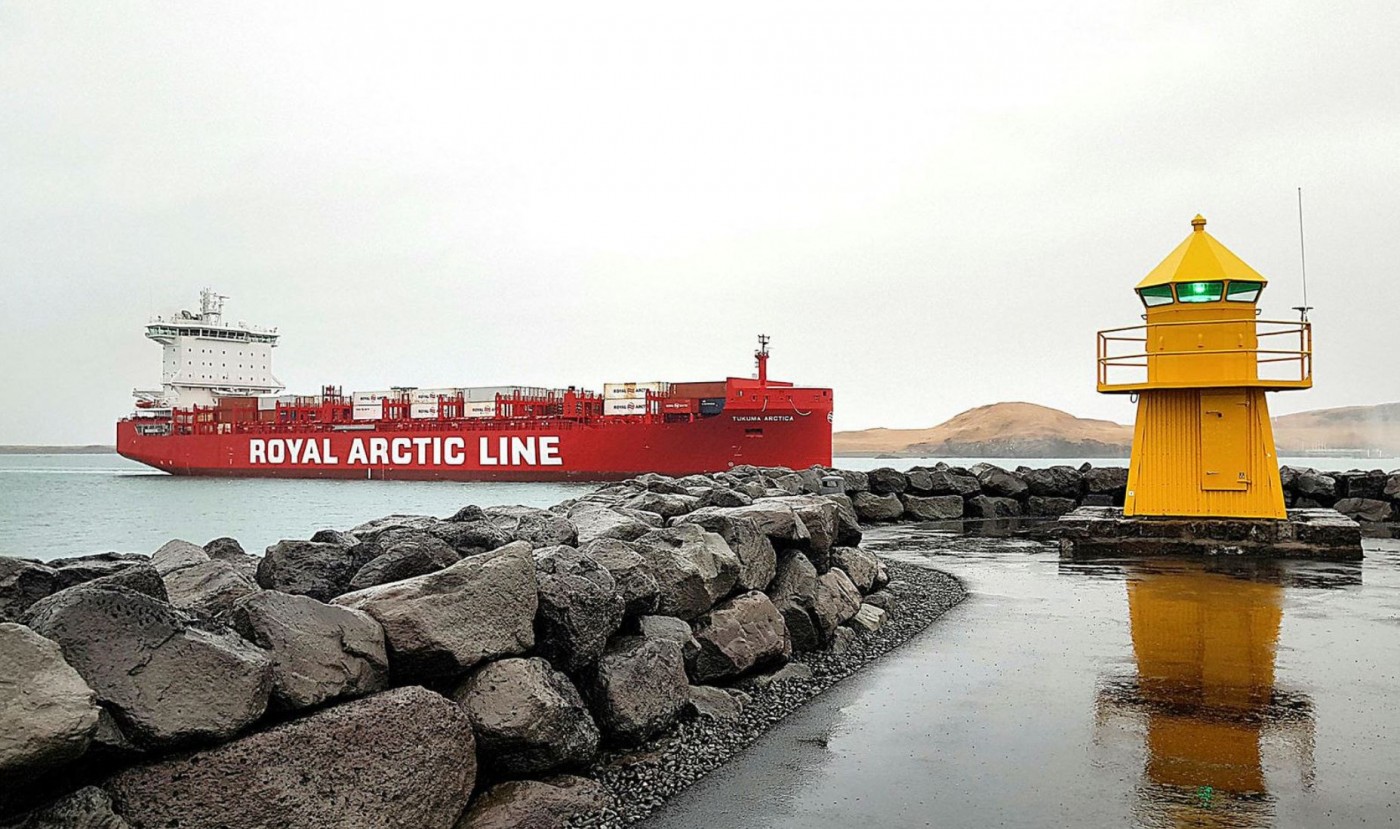 Voices in Europe warn that the Chinese Belt and Road Initiative (BRI) cannot be seen on its own, without considering China’s geopolitical agenda in the world. With its Polar Silk Road, China also extends its BRI through the Arctic. Is the Polar Silk Road of relevance to Icelandic ports? What is the approach in Iceland when it comes to Chinese investments in ports?

For centuries, foreign countries have been interested in Iceland for various reasons. There has been interest in the resources in and around the country and its strategic place in the Atlantic Ocean. There has therefore been some interest from Asia, but not in specific projects. Even though Icelanders are not especially extroverted and are sometimes quarrelsome, they agree on the fundamental opinion that investment in infrastructure and land shall be done according to Icelandic law and governed by Icelanders. Having said that, the Icelandic government has empasised bilateral trade agreements based on mutual interest. After losing our independence in 1262, regaining self-governing status in 1918 and a total independence in 1944, we are very sensitive to changes in fundamental and important areas of our country.

The main projects are building quays and land development for our customers. Last year we finished a 400 meter long quay to accommodate a new generation of cargo ships – longer, bigger and with more draft. The first one owned by Royal Arctic Line has already started sailing to Reykjavík and the next ship, owned by Eimskip, arrives this summer and the third one at the end of the year. Good facilities at Faxaports are essential for the export of fish and other products, import of general goods and the economy in the capital area. The company is also important for other areas in Iceland, so our aim is to improve our nests so good things hatch for people and the community around the company. High voltage shore connections are high on the list and we hope to install the first one next year.

A climate-neutral economy is a vital and huge project – but a realistic one. Iceland is taking part in this and has put forward its agenda based among other things on the Paris Agreement. Icelandic ports are conscious of their responsibility in this regard. Every port regardless of its size has its role to play in implementing best practices in its operations. This has to be done in cooperation with the shipping companies and other players within the port areas. The biggest challenge is to decrease emissions with high voltage connections and cleaner oil to burn onboard the ships. Even though shipping is an optimal way of transport everyone has to do what it takes to decarbonise operations.